Skip to content
HomeThe Mitchells on Your Tuesday Afternoon Alternative 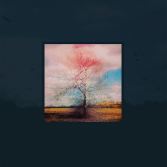 This week we are joined by The Mitchells! They have music heading your way. We will be talking with them about their music, playing in Dayton and all that music stuff that matters to all of us!

Expect new music from The Rosebuds,Twin Peaks, Summer Camp, Twin Brother, Crow Moses, Ellis Paul, Static People, Over the Rhine, and Bishop Allen.  Of course, some classic indie will be played!  And you can bank on hearing some stuff from several Dayton and area bands!