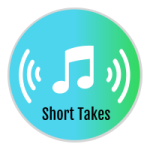 Let us take a moment and introduce our latest feature, Short Takes. We are asking musicians, artists, DJs, writers, spoken word performers and others involved in music and creative expression to write some short comments about what they are listening to right now. There are no rules regarding genre, style or year of release. What are people listening to now? What does it mean for them in a brief few sentences — hence the idea of a ‘short take.’ 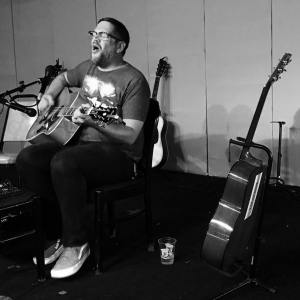 Our first ‘Short Takes‘ comes courtesy of Joe Anderl of The 1984 Draft. Joe is a kind, warm and thoughtful person who not only loves music, he feels it. His passion for music is inescapable in his current project The 1984 Draft. The ‘Draft are a phenomenal live band who capture the spirit of punk and post-punk melded with the introspection of the best music of the ’90s and beyond.

The Draft’s last record ‘Makes Good Choices‘ was one of our favorite records of 2018! 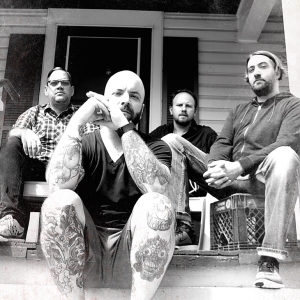 As quarantine and social distancing continue, as the world burns around us, and as I find myself filled with more and more rage over the ignorance and injustice in our county, I have found myself searching deeper in my music catalog for little nuggets of joy. Songs that remind of the past. Songs from simpler times. The thing is, there were never simpler times. Just different times. That being said, there can often be comfort in nostalgia, joy in discovering something new, and a new wave of emotions caused by a song listened to in a different phase of life.

These songs are the little nuggets of joy I have had in my life for the last couple weeks.

First, ‘Slackjawed’ by The Connells – I found myself watching a video on YouTube with the Best of 1993 from 120 Minutes. I particularly wanted to watch it as it included videos of the Afghan Whigs, Paul Westerberg, and Buffalo Tom.

As I watched all the videos and reminisced about wrapping tin foil around my boom box antenna to pick up 97X [modern rock radio station from 1983-2004], a song came on that I had remembered loving hearing every time it came on. That song was ‘Slackjawed’ by The Connells. I wondered to myself why I had never tried to purchase an album by them and why this song never found its way into my collection. That will change very soon as I have probably listened to it 30 times in the last week. 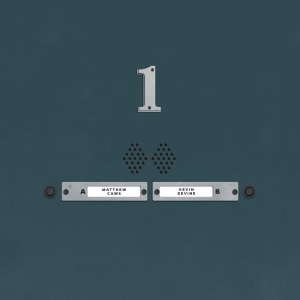 Next, ‘Inside of Love‘ by Nada Surf.  I was a late adopter on Nada Surf. I heard ‘Popular‘ in high school and kind of wrote the band off as a one hit wonder. That changed some 20 something years later watching them headline at Midpoint Music Fest [Dr. J was there too! The band gave a great live performance and won over many music fans that day!] There is an absolute softness in the voice of Mathew Caws. His choice of words can often be so simple and telling in same moment.

When I listened to this song a couple weeks ago, I found myself so grateful that I live in a loving marriage, that I am on the inside of love. So much so I just keep listening to this song every time I need to remind myself how lucky I truly am. 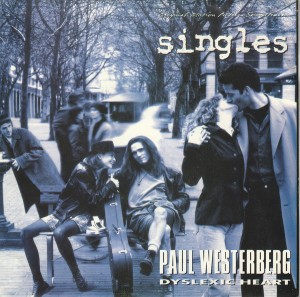 Last but not least, ‘Dyslexic Heart’ by Paul Westerberg – What GenXer did not relate to singles in some way?

After spending the last few years of my life completely ravaging my Replacements catalog, I decided I needed to dive further into my Westerberg records. I started with something comfortable and easy. This song and ‘Waiting for Somebody‘ [also from the Singles soundtrack] have been every other day listen for me lately just to try and feel a little normal.

Thank you for a terrific ‘Short Takes’ Joe!

We continue to share our playlists via Spotify here. Please give our show a listen and support these terrific artists directly in any way that you can! Now more than ever we need to support and take care of one another!

Check out the live stream from Yuppie at Encore Studios on May 27th at 8pm! 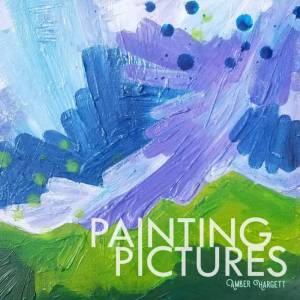 We are also playing a brand new song that we are very excited to share with all of you music lovers!

‘Painting Pictures‘ is the latest and newest music from Dayton singer-songwriter, guitar player and all around amazing voice Amber Hargett that came out today! A real gift to have new music from her! Such a great song! She is joining a fine case of local musicians who are live streaming on May 30th to raise funds for Ohio restaurant workers! 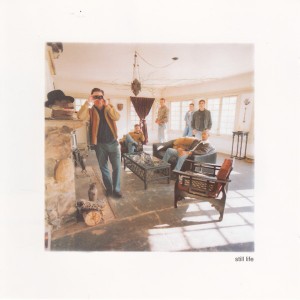 In addition to all of that musical goodness, we have two songs from The Connells — one song to celebrate the 22 years since the release for their album ‘Still Life’ and another rare live song ‘Rusted Fields’!

The ‘Still Life’ album was the last to include the original lineup of this legendary band! And the word is that the band has finished recording a new record that is headed our way soon, tentatively titled ‘Steadman’s Wake.’ Count us among the excited for this new music!

So give the playlist a listen. Dr. J will be posting videos on the Facebook page for YTAA beginning at 3pm because that is show time for YTAA! Please stay safe and be well!

The Connells played a fantastic Sold-Out Show in Richmond, VA on May 5th! By permission of the band and the band’s management we were allowed to capture the first few minutes of the show!

We started the Reveal Central show today with this awesome song!

“Slackjawed” was the lead single from The Connells’ fifth record, Ring released on September 21, 1993 — almost 24 years ago… well, tomorrow!  Connect with the band on twitter at @connellsmusic or check out their website – TheConnells.com!

From The Connells’ album ‘Weird Food and Devastation‘ (1996) TVT Records

We are playing this on the show today!

‘New Boy’ one of the standout tracks written by Mike Connell from the album ‘Ring’ released in September of 1993 (produced by Lou Giordano).  In some parts of the world, this was the backing side to ’74-’75 which was a top 20 single in over a dozen countries. ‘New Boy’ was the lead track on an EP of the same name which was released in 1994 which included songs recorded during the Ring sessions — ‘Logan Street’ and ‘Wonder Why.’  The EP also included a Jethro Tull cover “Living in the Past’ and two live versions of ‘Fun & Games’ and ‘New Boy’ recorded live at Purple Dragon Studio in Atlanta, GA, for broadcast on Live X (WNNX). 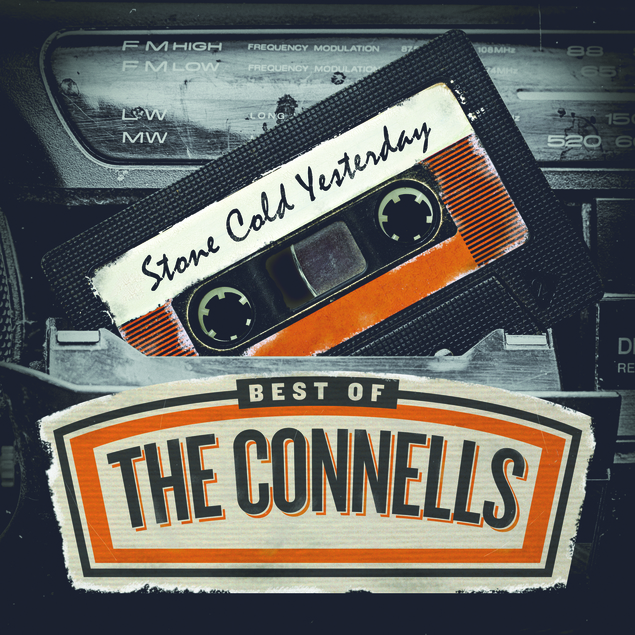 Announcing Stone Cold Yesterday: The Best of The Connells

via Stone Cold Yesterday: The Best of The Connells — onesimpleband

We want to wish Mike Connell a happy birthday and what better way to do that than to play some music from The Connells today on the radio show!

This week we look forward to MidPoint Music Festival in Cincinnati, The Connells 30th Anniversary Show and our year block this week — as picked by Dayton’s own Luke Frazier — is 1994. So, join us from 3-6pm (e) Tuesday on WUDR for Your Tuesday Afternoon Alternative!

Expect music from each decade and… well much more than three songs from The Connells during the show tomorrow! Trivia will be discussed, show plans will be made – it will be more than worth your time! We promise. Also expect discussion of The Motel Beds who are playing MPMF this weekend. Plus you can expect much music love for MPMF 2014!  They have an amazing list of artists for the festival this year.  It promises to be a great weekend of music in Cincinnati, Raleigh, NC, and in our hometown of Dayton, Ohio!

Hometown institution The Connells bring their distinct brand of guitar-oriented, melodic, power pop to The Lincoln Theatre for their annual holiday party! With new material in the works and most of their catalog now available through Amazon and iTunes, the band continues to play throughout the southeast US at festivals, fundraisers and clubs. The Connells current lineup features:

“Five men, one mission: musical stratospherics, stellar arrangements and guitar heroics. Coming soon to a theater near you!” Sixteen Tons is a brand new ensemble from North Carolina composed of an all star lineup of veteran musicians including:

Known for her multi-faceted artistic expression and fearless individuality, emerging musician, photographer and actress Hanna Elsie Chapman is just as likely to capture imagery through her lens and jump into character as she is to compose a piece of music. Angelic and hypnotic, bold and melodic… Chapman challenges her listeners to see ones vulnerability in lifes fleeting moments . “I am always absorbed in some medium of person-to-person communication. Striving for artistic expression is like burning into nothingness during atmosphere re-entry; vulnerable, risky, terrifying and necessary” says Chapman. Make sure to arrive in time to see Hannah kick the night off at 8:30! 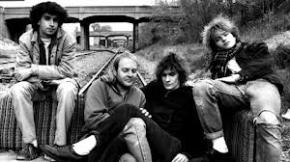 This week we are celebrating a Replacements reunion, The Connells playing out, and many great live shows and festivals to get excited about this summer!

We will be playing a combination of new and older indie music with an emphasis on bands that are playing this summer.

Join Mrs. Dr. J and Dr. J for Your Tuesday Afternoon Alternative tomorrow from 3-6pm on wudr.udayton.edu and 99.5 and 98.1 fm in the Dayton area!