The whole Maganaphone / Reel Love Studio or as I refer to them “Dayton’s own awesome Wrecking Crew” is going to be well-covered in a list for 2019! To be honest there are  probably multiple crossover’s on local lists, but I’m going off the grid here with my faves that are IN ADDITION to the amazing music coming out of Reel Love.

Let’s start with the NON LOCAL NOD’S:
“Who” by The Who was an incredible return to form! 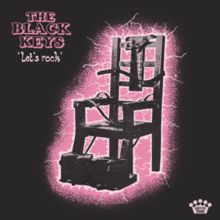 “Let’s Rock” by Black Keys* (*see nod to the Gabbard bros on my local list to tie this in.) was a powerful record.
“Internet Arms” by Diane Coffee was mesmerizing while sound fresh and connected to musical past and traditions.
“In the Morse Code of Brake Lights” by The New Pornographers was a biting record with melody and energy. (NOTE: January 29, Diane Coffee joins up with The New Pornographers as openers on the current tour!)
LOCAL NOD’S:
The Gabbard Brothers have had a head-spinning year, together and separately.
Joining the touring band of The Black Keys on the “Lets Rock” tour did not slow them down on self releases. I will do my best to count them all, and it’s A LOT! 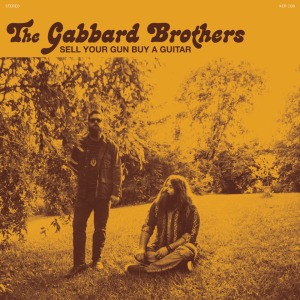 With Gabbard Brothers (Zack + Andy)
Single digital release, “Sell Your Gun, Buy A Guitar” was published while they toured in The Black Keys which tells you a little something about their fantastic work ethic and ability to craft a great song.
Zach Gabbard:
One of the many Gabbard Brothers productions from Zach’s Madison, Ohio farm studio, “Howler Hills”, comes his latest project “Sunday Creek Fed Birds”, released on the Gabbard Brothers home label, Sofaburn. 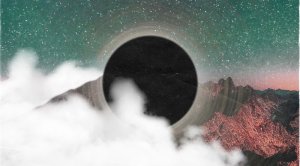 Other fave local releases from this past year included:
Black Sire self titled LP “Black Sire”
Seth Canan and Carriers “Strange Forces”
From D.Robins (Derl) Overthought Musik label comes the amazing “Album”, the brain child of Robins for the first annual “Local Music Day” event. This LP features many favorite local artists as guest vocalists and instrumentalists in roles you would not expect. 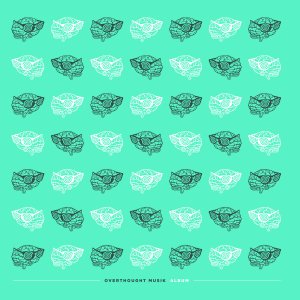 Another fave is all the Overthought Musik releases of Derl’s, (D.Robins), self performed and produced projects recorded under his pen name “Peopleperson”, he set out between March and September of 2019 to re-release his past work, as he states, “for your pleasure/confusion.” His trademark Dayton Surf sound, as we came to love in The Motel Beds days, is ever present in the Dayton Music Scene, but with more electronica thrown in for good measure.

Over on the Gas Daddy Go label, the mind bending, sonic collage, “Land Baron of Barren Lands” from Don Thrasher’s electronic music project Crossfade Rivals was something to behold. A sound collage featuring a veritable powerhouse of local musicians.

The Rockathon Label is still churning out more GBV releases than I can count (or afford), 3 GBV LP’s (Zeppelin Over China was a double LP), and Pollard side project as “Cash Rivers” rounds out 2019. GBV closes out the decade with a sold out NYE show in LA at the Teragram Ballroom tackling a 100 song set list. This team always wins at the rock games. GBV records will be on my top records lists every year, because they never stop.

Self released “Mobile Juke House Theater” by blues phenom, Noah Wotherspoon also needs to be included on a ‘Best Of’ list for the year.

From Poptek Records comes the long awaited, sophomore release from XL427, “Thee Attack”. Although officially release date is in January of ’20, digital releases have been served up via bandcamp during the pre-order phase. This attack was well worth the wait from bandleader and label runner, Andy Ingram.

So about the Reel Love / Magnaphone tsunami, I’ll step out for a second and tell all of you that I love all the faves that will be mentioned repeatedly on other lists (Amber Hargett, Dave Payne, and the like dominating the scene at the moment, I have to speak some of these titles, lest I blaspheme in the temple, number one being “Easy Is the New Hard” by Shrug).

And I still get a huge endorphin rush from “The Transformation of Salvador Ross”.
Fun fun fun from John Dubuc’s Guilty Pleasures “Where Have I Been All Your Life” and the debut LP from The Paint Splats. (DANG IT, I said I wouldn’t overlap into Reel Love/ Magnaphone but it’s too hard not to do that when the music coming out from them is so good.) Okay, since I crossed over, I will end with this last fave, “Sympathetic Buzz” from the Tim Pritchard project, Superbloom.

Shelly Hulce is THE Gladgirl in the Dayton Music Community who in addition to creating and promoting a wide variety of shows and specialty experiences, she writes about music, started Story Slam and related Story Telling in Dayton and is an active radio presence throughout the Miami Valley including as a DJ on WSWO Oldies 97.3 FM. She is a Freelance AFCI Certified Film Commissioner. Her artwork is also featured at local exhibitions and of course, cool rock concerts and shows. She is on twitter at @TheGladGirl.

When You’re Near Me from M. Ross Perkins on his latest record ‘What Did You Do For Summer Break EP on Sofaburn Records. You can read about it from The 405! You can pick up a copy of the CD via all major outlets including Apple Music and iTunes! 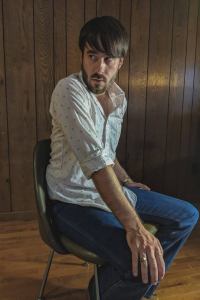 For a very long time, Dr. J has wanted the incomparable M. Ross Perkins to visit YTAA and today we get our wish!

M. Ross will talk about his stellar self-titled debut from 2016 and his most recent forthcoming record, ‘What Did You Do for Summer Break’ EP which is out on August 31st. We will talk about his tour throughout the country, playing the Omega Flea this weekend in Dayton and discuss some of the very cool videos that he has made in support of his excellent music such as the vid for ‘Ever Ever Ever.’

Check out the first single ‘Bed Sheet Wing’ from the EP via friends at City Beat.

So, music lovers, make plans to listen to YTAA from 3-6pm today as we are joined by a fantastic Dayton musician! As always you can listen online at WUDR.udayton.edu or 99.5 and 98.1fm in Dayton.

Photo courtesy of the artist.

Join us as we celebrate Dayton music and the Dayton Community!  The event will be held at the University of Dayton’s Science Center Auditorium.

Everything you wanted to know about Dayton Music but were afraid to ask!

Still some lovely flowers in the garden.
The fantastic @moronilanemusic from his appearance on Your Tuesday Afternoon Alternative! Such a thoughtful guest, great songwriter and terrific singer! Check out his music!
Moroni Lane on the show this past Tuesday! Such a great songwriter with amazing texture to his voice.
Sometimes you just sit with your pals
The sky is breathtaking tonight!
Tonight!