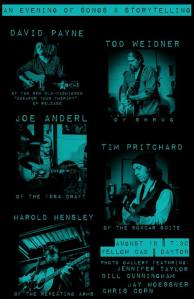 Hello everyone!  We are back with a new show and a special guest!  As you know we have been playing that new song from Mr. David Payne, ‘Cheaper Than Therapy.’ 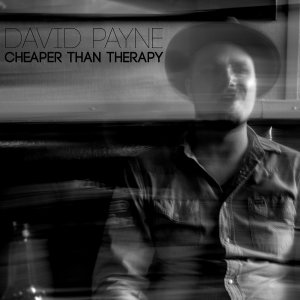 That fine song is not just truth, it is also the title track of his new record which is coming out in just a few days!

David will be joining us in the studio to talk about his big release show at The “Old” Yellow Cab building on Saturday, August 19th!  That show promises to be something spectacular with Tod Weidner, Joe Anderl, Tim Pritchard, and Harold Hensley.  Some of our favorite songwriters together on one great bill!  Yeah, our Saturday plans are set!

Tune into the show however the music spirit moves you to do so… 99.5/98.1fm Flyer Radio WUDR (or online at wudr.udayton.edu) today from 3-6pm for Your Tuesday Afternoon Alternative with Dr. J!

David and I will be discussing his new EP and heck ya we will play tracks from it!  We will also talk about some of David’s very cool covers of Shrug, Me & Mountains, and more!  And don’t worry kids, we will also chat about the release show and our mutual love of late 90s alt-country!