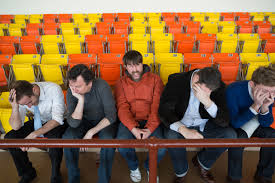 Well it is not only that time of the year where everyone debates the “bests” of 2015 — best books, best shows, best foods, etc etc — it is time for us at Your Tuesday Afternoon Alternative to select the song that for us demonstrates the most exciting trends in indie music — and this was a task and a half.  There were so many great albums, terrific songs, and artists who stretched themselves and their audience that to select a single song as the very best of 2015 feels a little bit wrong. However, a selection like this can be emblematic and symbolic of what makes a genre or artist powerful.

So, our criteria are simple — the song must be catchy, well crafted, and becomes stuck in your head.  This song like all good ‘ear worms’ must be something that is nearly impossible to dislodge.  You find yourself wanting to hear it, needing to hear it.

There were many contenders for this spot in our opinion.  Great music from Waxahatchee, The Motel Beds, Jason Isbell, Cheerleader, Ghost Town Silence, Moira, The New Old-Fashioned, Best Coast, Smug Brothers, Line and Circle, Courtney Barnett, Soda Shop, Circa Waves, The 1984 Draft, and many others demanded to be considered.  And you will only do yourself a favor by checking into music from all of these bands. 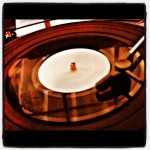 And, in the end, these lists and choices are expressions of the person doing the choosing.  Yes.  Sure, these choices are partly biographic about the judge and are often more about getting a conversation started about what makes a great song or a great album or truly unique or powerful artwork.

With that said, our favorite song of 2015 is Mittenfields – Optimists.

Released this past April, optimists is a great song from start to finish. From the first hit of the drumstick to the melody line of the bass to the weaving of multiple beautiful guitar parts.  And oh what glory is in those guitar fills, leads and strums.  The weaving of three guitarists at the top of their game makes for a fantastic listening experience.  The guitar parts do not fight one another — they complement, they add to the aural experience and build upon one another.  And along with the guitar parts a drum sound that sounds like actual drums.  Not a tinny barely audible mish-mash of time keeping, but a strong hard hitting backbone for the song.  If that was not enough, Dave Mann’s clever bass play and vocals sung with an urgency that captivates the listener’s attention make the song impossible to ignore.  And as he sings optimistic lyrics that are not dripping with sappy syrup or faux sentimental — this gestalt of sounds makes an utterly complete piece of powerful indie power-pop.  It is nearly 2 minutes of indie perfection for those of us at Your Tuesday Afternoon Alternative.

How many songs can you listen to and the second that song is finished, you wished that it was still playing!  We even once played the song twice back-to-back on our program because close to four minutes seemed to give the song the length that it so richly deserved.  This song never gets old.  When every instrument is perfectly weaved in and out of the mix and it feels whole and meaningful and you find yourself singing along from the very first time you heard it — that is a great song.

And as the song starts — “We are all optimists, even on our bad days”

The only sour note here is that Mittenfields have broken up; but what a great tribute to leave behind.  We look forward to the music projects these musicians will pursue in 2016 and beyond.