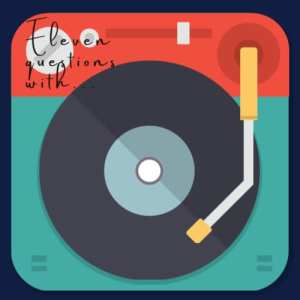 The seventh installment of 11 Questions… comes courtesy of Kailynn West of Tiny Stills. It is difficult to separate Tiny Stills from her vision!

In 2015, after an unexpected situation left an opening on a national tour with Anthony Raneri and John-Allison Weiss, guitarist, songwriter and vocalist Kailynn West stepped in at the literal last minute to finish the tour with her power-pop project Tiny Stills.

LA-based Tiny Stills have released some of the most engaging and catchy emotional indie power pop beginning with a series of terrific songs and albums including the excellent “Falling is like Flying” from 2014 and the independently released “Laughing Into the Void” in 2018!  Recently, the band has released a series of compelling and catchy singles! 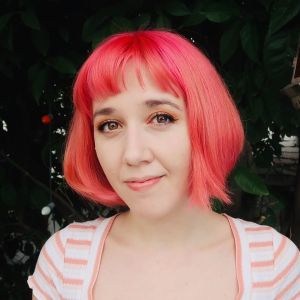 Tiny Stills arose from intense personal experience as a direct response to West’s experience being held up at gunpoint in 2011 and as a way to work through the inevitable social fallout that occurs so often after traumatic experiences.  Tiny Stills craft honest and intense songs with powerful guitars and inescapable melodies that pay homage to early ’90s and 2000s indie and pop-punk. At the end of the day, Tiny Stills and the music they make is an effort to remind you that even the worst days have a silver lining, that at the very least you are not alone in an overwhelming world. 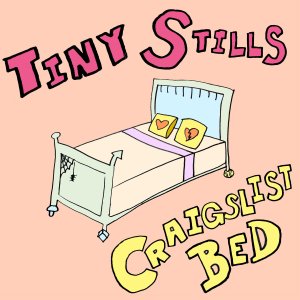 Dr. J: What can you share with us about when and how you started writing your latest released song, “Craigslist Bed“?

Kailynn West (KN): It started as inspiration after a most recent breakup. I had to move out of my apartment and start over. Specifically – I didn’t have a bed. The apartment I now live in (a garage, with a bathroom, literally.) came with a bed that the previous tenant left. I was otherwise going to look at craigslist beds because I didn’t have one at the time, but I ended up just keeping this one. It all worked out! But it was definitely the inspiration behind the song.

Dr. J: Tiny Stills evolved out of a personal experience for you, can you describe that experience and how it shaped the formation of the band?

KW: I was held up at gunpoint in about 8 years ago in Los Angeles. After that, I had a hard time relating to people and connecting. People couldn’t understand what I was going through, rightfully so, and I was dealing with coping with trauma and PTSD. I lost a lot of friends and my social circle during that time, and so I started writing music to try to work through some of the pain I was feeling trying to function. Tiny Stills was originally a solo project, that has morphed into a band. I’ve found that sharing
my story helps me connect with people, so I try to write honest songs.

Dr. J: “Craigslist Bed” is a meaningful song for all of us who deal with challenging relationship and the breakup of relationships; did you set out to address those concerns and challenges of when starting to work on that song?

KW: 100 percent yes. Particularly the bed, and do have a key ring with a million keys on it and I don’t really know which ones I need to keep at any given time. 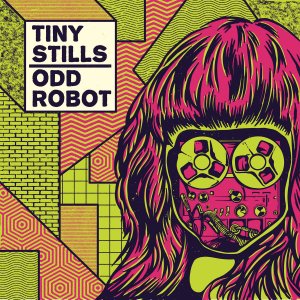 Dr. J: A previous song “Everything is Going Great” is a powerful song for the current moment we all find ourselves in today. Do you think that is a correct interpretation of some of the lyrics? Can they apply to the world today? Or would you say the focus should be more internal to the individual?

KW: I think songs are meant to be interpreted however feels best for the listener. For me, this song was about an internal battle of trying to pretend everything was OK, but I do think that’s a very universal experience, and definitely applies to today- mostly because the title of the song is sarcastic!

Dr. J:  How did “Everything is Going Great” come together musically for you?

KW: It came together pretty fast. I actually do a “song origin” on my patreon where I break down the different levels of demos- from the very first voice memo, with different lyrics and melody, to the demo we took into the studio, to the final version. It evolved pretty naturally, but it did start in a different place than where it ended up.

Dr. J:  Where do you often derive inspiration to make music?

KW: I have something I need to get off my chest. 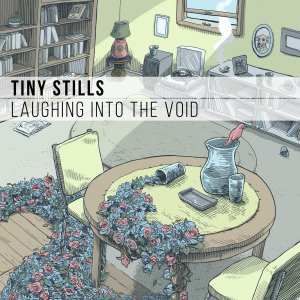 Dr. J: How would you describe the music that you typically create? How has that process evolved or changed over time (especially as you think about your journey from the album “Laughing Into the Void” to the current single “Craigslist Bed“?

KW: I’ve gotten better at self editing. With “Laughing Into the Void” I wrote a song and it was done. Now I go back and I’ll rework the chorus multiple times until it says exactly what I want it to say, or until I can’t get it out of my head. “Craigslist Bed” originally had a completely different Chorus! I do a “song origin” breakdown of that one on Patreon too. I’ve just gotten more critical of my writing and where I want the song to land.

Dr. J: What is next for you musically? How would you describe your thoughts at this point for your next project after “Craigslist Bed“?

KW: We have new music coming out basically every month. Our next two singles are coming out August 7 and September 25th. They are two songs that were meant to be on the EP we were originally planning on releasing on our EP in April 2020! The second single is called “Resting in Pieces” and the third single doesn’t have a title yet!

Dr. J: What is your favorite song to perform? What makes it a current favorite in your
performances?

KW: My favorite song to perform right now is “Small Talk” because it’s a straightforward fun pop/rock song and when the band comes in live, we feel huge.

Dr. J: What is one message you would hope that listeners find in the unique nature of your latest music?

KW: That just because you’ve failed at something, it doesn’t make you a failure.

Dr. J: As a musician, how are you adapting to the challenges of the Coronavirus? 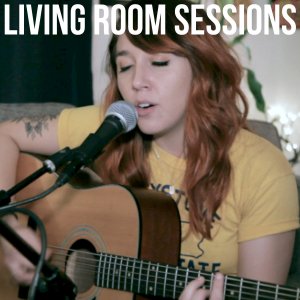 KW: I’m spending time working on myself. It’s leveled the playing field – No one can tour. We only have our songs now. I’m honing my craft and trying to elevate my work so it’s more than just noise. I think you have to practice being honest with yourself, and this is one of those difficult times when no one can really ‘look away’ we can only look at the problems we’ve created for ourselves as a society. I don’t like saying that we’re going to ‘get a lot of good art out of this (quarantine/the COVID crisis)’ because artists are under the same kind of pressure everyone else is, and our industry was collapsing years before COVID. Touring was one of the last ways musicians could make money. Artists can’t survive on streaming royalties- please directly support the artists that you like if you want them to continue making music. Between the death of album sales and now touring, we sure could use a break. I just want to survive this in more ways than one.

You can follow Kailynn West and Tiny Stills on various social media including:

We want to extend our sincere gratitude to Kailynn for answering our questions and continuing to make some really excellent music! Click on the links throughout the article to visit Tiny Still’s Bandcamp page! Thanks again! If any musicians or artists would like to participate in future ’11 Questions’ columns, please feel free to email us at drjytaa@gmail.com. All photos care of Kailynn West.

Kailynn West as Tiny Stills is making some of the most infectious indie power pop that captures the sadness and melancholy of choices and consequences of this thing we call life. The fact that she does so without being trite or condescending is something that should catch on! In the best tradition of post-punk, Tiny Stills explores twists and turns with catchy melodies and crunchy guitars. It does not get better than that. You should also explore the excellent “Everything is Going Great” which speaks to us in this current moment of time.

I give you the light of Eärendil, our most beloved star. May it be a light for you in dark places, when all other lights go out. LOTR, Galadriel to Frodo. #carillon #dayton
Mr. Ollie enjoys his dude time with his Cat Dad! #mrollie #cat #cats #cstsofinstagram #instagramcats #catstagram
The always incredible @thenauticaltheme at @motherstewarts! That band’s songs will give you chills! #thenauticaltheme #rockandroll #livemusic #DaytonMusicScene
Try to be the Hope that Someone Needs to Find Today!
The office today
The path we walk