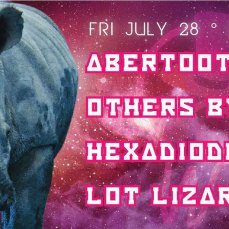 On the shows this week we are celebrating tons of great shows in the Dayton area by playing music from The New Old-Fashioned, David Payne, Starving in the Belly of the Whale, Charlie Jackson and the Heartland Railway, The Castros, Shrug, This Pine Box, Jetty Bones, The Florals, Andy Gabbard, Jesse W. Johnson & Coyote Scream, HEXADIODE, Salvadore Ross and The Afghan Whigs!

We have some new music from Mr. Joe Anderl and a cool demo from Fleetwood Mac that has Dr. J rethinking the sound and influence of that band!

Join us from 3-6pm on WUDR tomorrow – wudr.udayton.edu. or 99.5 & 98.1fm in the Dayton, Ohio area!  You can always request music by contacting drjytaa on twitter!

We also have special guest Gail Pop in the studio to talk about the important COAT initiative (Community Overdose Action Team). Our pal Gail is on the prevention branch of the team. Check out their important work –http://www.phdmc.org/coat!

Flowers at the YTAA HQ Part 1
Dr. J’s latest interview is up now courtesy of @offshelfdotnet
Working on radio
A view of the station while making the radio.
David Payne in the studio! Such a great performer.
The Connells from their recent live stream at the @catscradlenc