Skip to content
HomeA Voice of Your Own on YTAA Today! 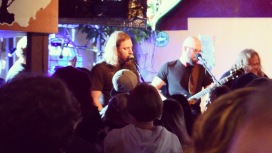 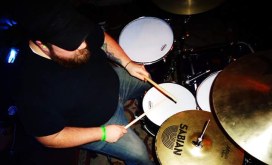 Today from 3-6pm at YTAA we are joined in the studio from the fine lads in A Voice of Your Own who will talk about their latest record, “Vines on the Lines” and upcoming shows in our local area, and how to get just the right feeling on a song. The music that AVOYO make is reminiscent of 90’s alternative music in the best possible sense!

A Voice Of Your Own blends traditional pop song structures, and low fi indie influences with a hands-on DIY approach that connects and pays homage to their musical influences while sounding fresh and contemporary. AVOYO draws from a variety of different skilled artists and musicians such as Tom Petty, The Cars, Beck, and The White Stripes which is some pretty damn fine company! AVOYO started as a solo project formed by producer, guitarist, and song writer James Crabtree. As a solo project, AVOYO had previously independently released two full length albums.  Today the band has evolved into a full dynamic group.

A Voice of Your Own have a new record “Vines On The Lines” that has been available since February. The band currently consists of James Crabtree (guitar/vocals), Johnny McConnell (bass), Levi Short (guitar/vocals) Tylur Kahnle (guitar) and Matt Mihalus (drums). We welcome them to the YTAA studio this week!