Skip to content
HomePosts tagged 'Give The People What They Want' 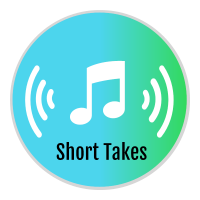 Our Short Takes today comes courtesy of Brandon Berry of The Paint Splats. The band came on the scene with a blast of indie rock goodness with “I Gutted My VCR” which eventually joined nine other songs for the first self-titled record released on November 16, 2019! A split with Mike Bankhead, “Defacing the Moon” came out around the same time! Some of Brandon’s contributions to that shared record includes the heartbreakingly beautiful “Annie”.

This past March, The Paint Splats released a terrific EP …With a Side of Fries. That continues the terrific indie pop and humor that The Paint Splats are becoming known for in the Miami Valley. As Brandon wrote about the project: “An unhealthy blend of power pop melodies that grew up listening to garage rock and the man shouting obscenities from the comfort of a street corner.”

Reaching out to Brandon to ask if he would give us a few ‘Short Takes’ of music that he is listening to lately was an easy call for us to make here at YTAA. Take a few minutes and review his excellent recommendations!

In my high school band, we attempted to cover the Kinks – “All Day and All of the Night” and our “Lola” parody, “Ebola” – but I just passed them off as another forgotten novelty spawned from, and muddled up by, the swingin’ ’60s. It wasn’t until I started taking chances at the record store that I discovered their massive catalogue of inventive tunes that would serve as major inspiration for my own songwriting. The early stuff will always be dear to me, but their late ’70s and early ’80s albums, like Give the People What They Want and Sleepwalker, stand out for the risk-taking, something they’ve been known for since the amplifier cabinet-slashing origins.

I’m not sure if there’s a more apropos quatrain for this present moment.

Power pop never died; the arena has just been cluttered by artists who shouldn’t be included in the category. There is hope, though. Musicians like Kurt Baker are keeping the original spirit alive. I came to this guy fairly late, but after hearing “Weekend Girls” and “She Can Do It All” from Brand New Beat, I had to get the record. I wear my nostalgia on my three-quarter length sleeves. The album cover alone would’ve been enough for me to throw down the cash. With vocal fluctuations à la Elvis Costello, I can’t help but get sucked into Kurt’s expertise in the genre. 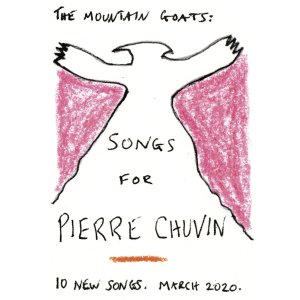 When I write lyrics, I channel my inner John Darnielle. Destructive and off-putting sentiments with underlying sadness and regret over a major key chord progression. When I heard that he was recording a new album during quarantine, I had no idea the promo videos involving John and his sideways, trusty Panasonic tape deck would be the final product. Going back to his roots, he released the new batch of songs on cassette. I wasn’t around or conscious enough to consider myself an original fan, but I feel like I’m a part of something special now. I’ve been listening long enough that when a limited release such as this presents itself, I am to jump on the opportunity to be one of the few to have a copy. Though the cassette hasn’t been officially released, the lo-fi grain can be streamed online. Gather up your pagan crew. Do yourself a favor and listen to this record.

I have a playlist on Spotify called “songs that make me feel better,” which is comprised of mostly ’80s ballads and bops, like Mike & The Mechanics’ “All I Need is a Miracle” and “Kyrie” by Mr. Mister. You’d be surprised what else you can find in there. When I was a youngster, I discovered the Beatles and the Stones through my dad and the big haired ’80s through my brother, eventually blending and inspiring me to dive into genres from every era. During the time of mandated isolation (remember that?), I needed something positive to listen to, so I dug up the old playlist and added some new songs to the repertoire amongst all the Scandal and Wilson Philips songs:

I suggest you make a playlist like this, too, adding only tunes in the key of happy that you can dance to at the drop of a hi-hat. A dash of positivity never did any harm.

Many thanks to Brandon for sharing what he has been listening to with us!

Thanks guys!
Breakfast may not have been entirely healthy today. But hey, it’s my birthday.
Water
Took a long walk today.
The wall speaks for itself
Patterns of Life